I’m not sure how I was told this event happened to me in my life, I’ve just always known. As a kid when people would ask me about my dad I would lie. I said he was just gone, or died of some random illness. I was always ashamed to tell people the truth. I was terrified of what people would say.

The older I got, the harder it got. As a teen I was angry. How could he do this to me? Why was I not good enough to make him stay? A piece of me has always felt missing.

As an adult, I’ve becoming more understanding. I know now he suffered from a disease. Although I still find myself struggling, I try every day to understand his sickness, but I feel I never truly will.

Since becoming a parent, trying to accept my dads suicide has become harder. My child is now a little bit older than I was when he committed suicide. I look at my son and I don’t understand how any parent could voluntarily leave their child, forever. It breaks my heart. These months I’ve had with my baby have been the best of my life, why were his first months with me not his?

I don’t know if I will ever truly accept it. It’s a process. A process that I will probably deal with for the rest of my life. Each part of life I enter possesses another hurtle. I’ll spend the rest of my life trying to understand his choice.

There’s so much I wish I could tell him, so many things I wish he knew. I wish he knew that suicide does not take away the pain, it only transfers it to someone else.  For the dead, few things have so much judgement. For the ones left behind, few things carry so much pain.

Suicide has a stigma. It makes us uncomfortable, so most of the time we don’t talk about it. I think there are only a handful of people on this planet who know my story. It’s always been something I never wanted to share, until now. Until I realized that maybe, just maybe, it might be something someone else needs to hear.

If you have had suicidal thoughts, know your family loves and needs you.

If someone you love has committed suicide, know you are enough.

Break the stigma. Don’t suffer in silence. You are never alone. 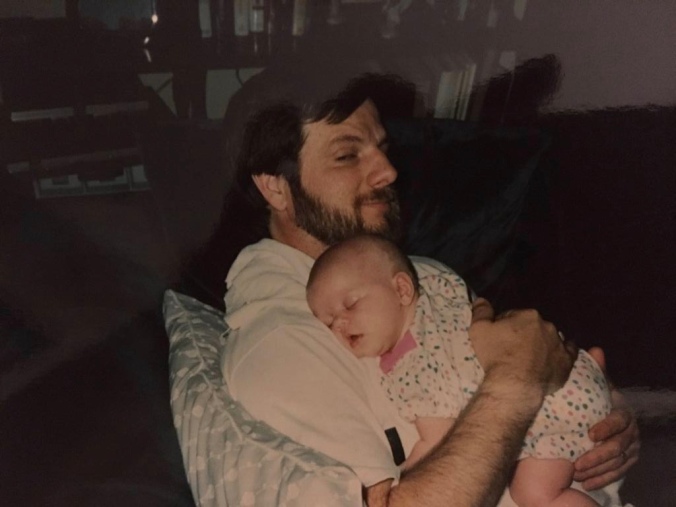 *this may have been poorly written with grammatical errors, please bare with me. It was very hard to write..