I was born in Houston, graduated from Texas State, and got married in San Antonio. Texas is my home and I am so glad it is. 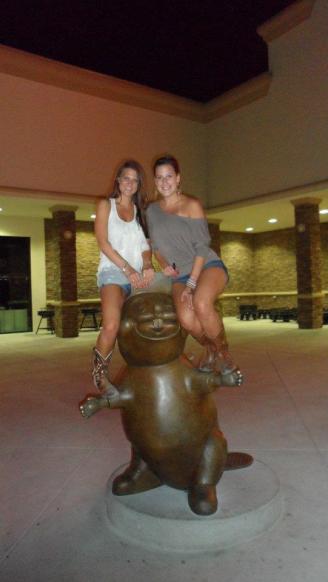 Top reasons I am proud to be a Texan:

Now that I’ve have established why I love being from the Lone Star State, lets recognize some fellow rootin’ tootin’ Texans.

Brothers are the best. 🤍
casual nap at the firehouse. nbd.
How has it already been three months? Asher is now 9lbs and 22inches long. Mama went back to work this week so Asher is getting a lot of quality time with Dada & Nana. Oliver is still as obsessed with him as ever. My heart still can’t handle how blessed I feel to have these boys. ♥️
This is a long post, but I’m needing to write this to cope with all the mixed emotions I’m feeling. As my maternity leave is coming to an end, I am experiencing an emotional roller coaster. I can’t believe I am about to leave my baby for the first time. And for 50 hours a week, with no transition back into the working world. I’m scared, anxious and frankly, sad. Two babies under two has been extremely tough, especially with my husband gone so much. Being out numbered for 26 hours straight every other day is no walk in the park. When I return to work I will finally have day to day adult interactions. I will be able to use my brain for something other than trying to argue with a two year old. I’m praying going back to work will help me feel like myself again, cause even though I was a mom before baby number two, I feel like a completely different person than I was 3 months ago. This isn’t my first baby, so leaving is going to be twice as hard because now I have two babies I’m leaving every day. Leaving them is like leaving behind my whole heart. They are a part of me, the best part. Motherhood is tough, y’all. Staying at home is hard, working is hard, it is all hard. Beautiful, but hard. One thing for sure is I feel so incredibly blessed I have these boys at home that make it so hard to leave and that I have a company and career that make leaving these bebes a little easier.
Move to Texas. Kthanksbye. 💕
Aunt Shellby is here 🥰
%d bloggers like this: